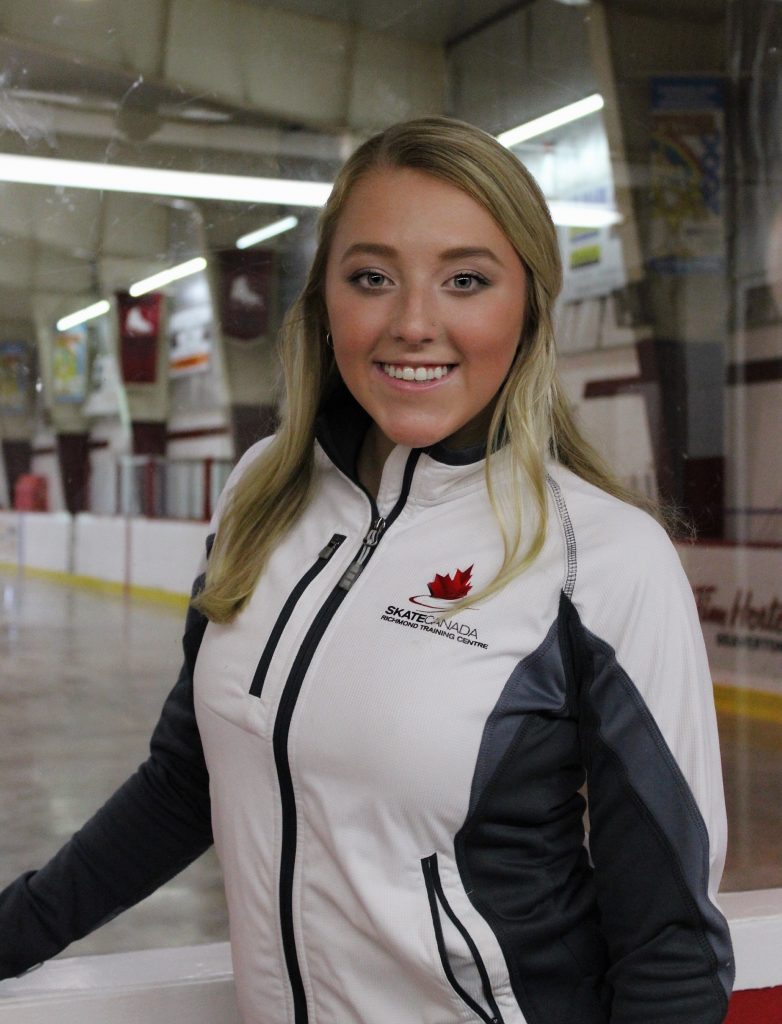 Ainsley began skating at the age of 6 . From the age of 11, Ainsley began training at The Richmond Training Centre for elite figure skaters, attending school on a part-time basis. She is a two time Ontario Sectional bronze medalist, (pre-juvenile and Juvenile) and represented Central Ontario at the 2014 Ontario Winter games where she finished in the top 10. At the 2017 Starskate championships she finished 4th in Gold ladies. Unfortunately,  due to several injuries and she was forced to retire from the competitive circuit. Ainsley earned gold status in dance, skills, interpretive and freeskate. Ainsley transferred her love of skating into coaching, she has coached in Beaverton, Uxbridge, Stouffville and East Gwillimbury skating clubs. She has been with Beaverton for 3 years now, and specializes in freeskate, skills and chorography. Outside of skating she is a paramedic student.